In February of 1989 I was approached by an aspiring young man that I had met through the San Diego Apartment Association. He was wrapping up some business involvements that had brought him with his young family to San Diego from Chicago just a couple of years previous. He indicated an interest in working for FBS. He said that his employment had fallen short of his expectations. He hinted that promises made to him that enticed him to move here were not earnest but he had learned a great deal. He expressed his feeling that “everything happens for a reason” and perhaps finding a home at FBS was the reason. Yeah; I thought what a line, but I remembered him. And in case I forgot, he would show up at my office every week. Though we laughed that he was stalking me I liked that he was persistent.

He kept talking the same theme that he mentioned in his cover letter that accompanied his resume. By the way, his resume showed me a consistent pattern. He had been given some great business opportunities all through his twenties. He enjoyed a solid business education. Thinking that his love for cars was going to become his career he obtained an Associate Degree in Automotive Technology and a Bachelor’s Degree in Marketing and Management, all with emphasis on quality control from Southern Illinois University.

He had started in the auto industry trying to choose a track that would lead to designing cars for GM or the dealership track. Then a real estate business opportunity presented itself that would involve him with his brother. It was the purchase, repositioning and subsequent sale of the Elwood Greens Golf Course (18 hole championship course, full service restaurant, banquet and catering business, three subdivisions of new home development parcels). It was a profitable real estate venture but Chris would rather have continued to operate the businesses.

Again, lots of diverse experience for Chris as he got involved with commercial office buildings, strip centers and industrial properties throughout San Diego County. Then there were countless projects outside the county; in seventeen states to be exact. There were site inspections, valuations, proposals, budget analysis- hundreds of them.

There were also multifamily projects involving complex renovations and complete repositioning of substantial apartment communities. It jumped off the page at me. All of this great experience for an aspiring young man and yet none met his expectations. Often it is necessary to be sure of what you don’t want so you can focus on what your experience has not provided. In Chris’ case it was to have a company where he could continue to invest his career. He wanted to operate a business; day in and day out. He said it in his cover letter which was as important as the resume. What I was being shown was a pattern of hands-on education but nowhere that he could call home. Here’s what he said. “I’m looking for a firm that can benefit from my education and experience as well as give me the opportunity to grow and learn. I am a very strong and creative individual that can be self-directed or guided by a corporate plan. I am a very dedicated and loyal person with a strong work ethic. I enjoy working with people and have a knack for knowing what needs to be done, and I get it done.

Obviously, I didn’t know whether any of this was true, but I was impressed that he said it and I liked him. What I needed most in San Diego was another commissioned sales agent. Most of our property management was out of our Arizona offices. Our total employee count in the company at the time was over 90 but I didn’t have anything that worked for Chris. He didn’t like the idea of a commission sales job and he wouldn’t relocate his family again, especially not from San Diego to Arizona.

Then in the summer a job as Property Supervisor in San Diego opened up. Within the entire company this was by far the smallest portfolio and Chris was over qualified for it but he wanted it and I wanted him to take it.

It wasn’t long before Chris started coming to me indicating that he thought that we could have as many properties under management in San Diego as we had in Arizona. I was glad to hear that since I had expressed it when I hired him. Hearing it back meant that it was Chris’ idea now and that was an important step. Chris needed time to trust me and consider what I had said. I told him that were much of the business processes that could transfer but there had to be a similar driving force and I wasn’t sure what that would be. As it turned out I was talking to the driving force. There were major obstacles for sure but the fact that Chris had a corporate home and a business to run made everything else okay while the business got better. For Chris, the journey is the joy. He enjoys being dependable and in charge. He has an enthusiastic communication style and an irresistible optimism. He is a natural coach that is patient to see the intended improvement. In so many ways he models correct behavior deserving to be followed in good times and during the toughest times.

Now I know that everything he wrote in his cover letter is absolutely true. Once Chris understands and believes in an idea he does have a knack for knowing what needs to get done and he gets it done. He became the perfect second generation of FBS. Eventually we became the best of business partners. How could I have known 25 years ago? How could I have known that one of my greatest joys a quarter of a century later would be to work beside Chris De Marco? I guess everything happens for a reason. 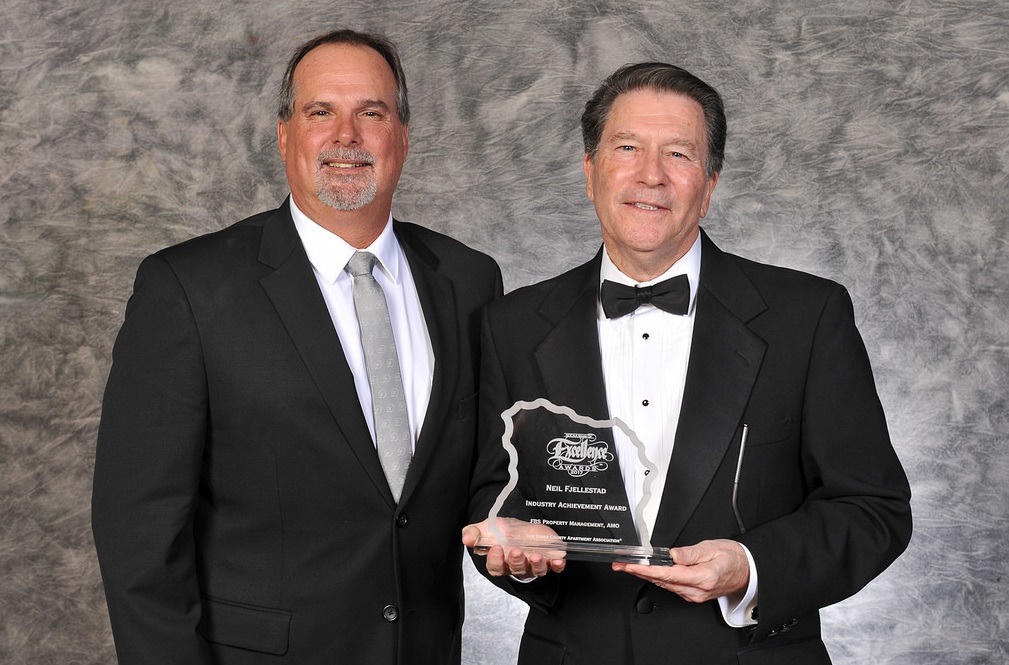