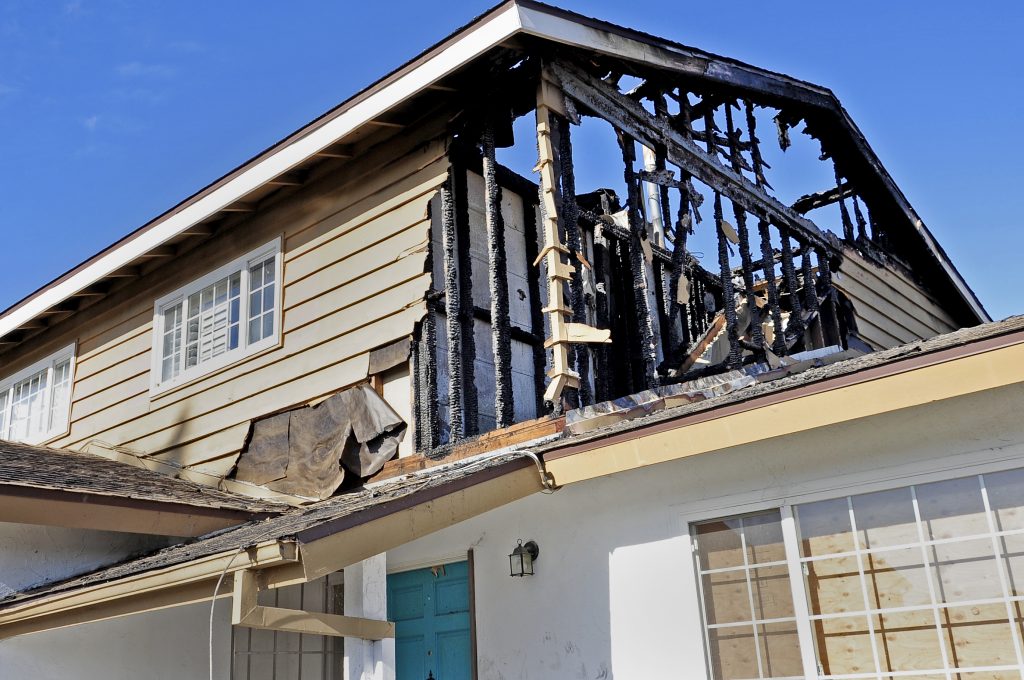 “The house is fully engulfed… HELP!”

That was the message Lucinda Lilley, Vice President of FBS Property Management, received at 9 pm on April 28th. Imagine getting news like this not once, but twice in the same day, for the same house.

For the first time Lilley’s 34-year career, a small house fire that had been extinguished hours earlier had now re-flashed. The resulting damage was devastating.

“When we arrived at the first fire, there were two fire trucks on scene responding,” Lilley recalled. “This time… there were four! The house was engulfed in flames,” Lilley said describing the response to the re-flash.

The first thing you are concerned about is your residents, Lilley said. Are they safe? Did they get out? That is always first and foremost. Once you are assured everyone is safe, you then shift focus to the emergency response: controlling the danger to other residents, the rest of the property, and neighboring properties, she said.

Additionally, Lilley had to ensure to keep the property owners were kept up to speed as this unfortunate incident unfolded.

“Frequent, transparent communication with full disclosure of everything you’re seeing is the most important thing to remember when updating your client during a crisis like this,” said Lilley.

The property owner, currently living overseas, commended Lilley and the FBS team stating they could not have felt more secure, knowing that Lilley was on scene to paint a real-time picture for them on the other side of the globe.

At a critical time like this, having an industry partner you can depend on is crucial to mitigate property damage and start the rebuilding process. FBS has depended on Generation Contracting & Emergency Services for its property restoration services for more than seven years.

“It’s a relationship of mutual trust, that’s about the highest level you can get,” Lilley said. “It’s respect on both sides.”

“We are proud to be one of FBS’s trusted advisors,” Ledesma said. “They know they can call us for anything, big or small.”

Ledesma and his on-call team responded to the scene twice that night as well, equally surprised to learn the fire had re-flashed that night causing the rental property to reignite.

“There was a lot more panic (after the re-flash),” Ledesma said. “By the time we arrived there was still a lot of smoke, but you could see the damage was extensive. The roof was gone. The whole right side of the house… gone.”

Ledesma has worked in the restoration industry for more than 20 years and has responded to nearly 100 active house fires.

“Re-flashes are really uncommon. I’ve probably seen less than five my entire career,” Ledesma explained. Experiencing such a rare incident, however, provided a teachable moment for Ledesma to share with his crew, of the potential dangers when responding to a property fire.

This unfortunate event was a stark reminder of the importance for our crew to always remain vigilant, Ledesma added. “You never know what could happen.”

This incident helped reinforce the importance of key safety measures for Lilley as well.

“When the first fire started, the reason the neighbor called 911 is because she heard the smoke detectors going off,” Lilly explained.

The residents were not home when the fire started, but the alarm of the smoke detector alerted the neighbor before any external smoke or damage was even visible, allowing for a quick response.

Lilley and Ledesma both agreed that it is imperative to have a fire extinguisher on every floor of a home, at a minimum.

Lilley went one step further to emphasize, “If a resident can’t extinguish a fire within about 10 seconds, they should get out. It is not worth risking your life for the property, it can be rebuilt,” Lilley explained.

previous
Rent Increases and why they are necessary.
next
Tips to insure a positive move-in experience!