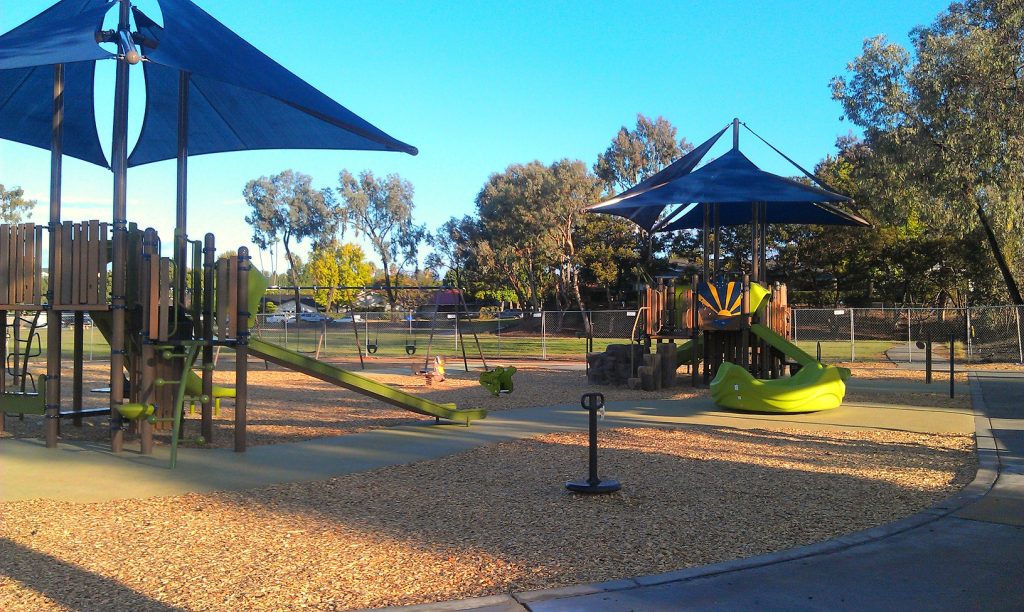 San Carlos was developed by Carlos Tavares, after whom it was named. The “jewel” of San Carlos is Cowles Mountain. properly KOHLZ, commonly KOWLZ. This prominent mountain that boasts a 1,593-foot (486 m) summit. It is the highest point of the city of San Diego. Protected within Mission Trails Regional Park and hundreds of people per day summit for a 360-degree panorama of San Diego County.  This open space preserve was established in 1974. It is the sixth-largest municipally owned park in the United States, and the largest in California. The San Diego River flows through the park and is open every day of the year. The park has sixty miles of hiking, mountain bike and equestrian trails. A rock climbing area, and the Kumeyaay Lake Campground with 46 camp sites adjacent to a small lake. There is also the 14,000-square-foot Mission Trails Regional Park Visitor and Interpretive Center. It includes a number of exhibits, a library, and a 93-seat theater. The most popular trail of the park is the Cowles Mountain trail.

This neighborhood while largely single family homes, does offer many large apartment communities and condo complexes. Many overlooking the Mission Trails Golf course or Cowles Mountain. The average value for a two bedroom condo is $1900. The schools available in this community makes it a great place to live!

After that hike up the mountain or around the lake enjoy a nice meal. The Trails Eatery- Once a small diner in San Carlos, today the eatery is twice the size.  The Trails was featured on Food Network’s “Restaurant Impossible” and on Food Network’s “Food Network Star”. Nearby is Nicolosi’s Italian Restaurant which brought San Diego’s first pizza delivery location. Featuring three motorcycles with boxes on the back for pizza. You can also enjoy the new coffee shop Brew Spot! Located just on the edge of San Carlos and La Mesa, they offer coffee and pastries.

This community has the newly built playground at Lake Murray. After several years of fundraising the community built and opened the beautiful playground in 2012. That same group is now responsible for bringing back the 4th of July Lake Murray Fireworks and Music Fest. Check out more at www.lakemurrayfireworks.org

previous
Rent Control: An Enduring Symptom of Fear- Part Two
next
Owner tips for working with a Property Manager