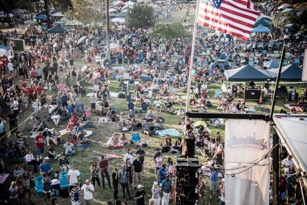 The San Diego community of Del Cerro (92120) was developed as a residential suburb during the 50s and 60s neighboring San Carlos, Allied Gardens and La Mesa.  The unique homes on the top of the hill boast many original elements and features, with a little bit of modern sprinkled in.

This neighborhood while largely single family homes, does offer some large apartment communities and condo complexes. While we see a high number of owners, there is a rental market for this neighborhood. The average rent can vary quite a bit from the condos, smaller homes surrounding and the houses on top of the hill. You can find available rentals typically starting at $2000 and going up respectively.  Del Cerro is highly desired with regard to schools and a sense of community. Just take a moment to drive up and down Madra avenue, the views of Lake Murray and the city are spectacular!

When it comes to food:

Del Cerro was always lacking. But recently the Cohn Restaurant Group announced opened its new BBQ place Del’s Hideout! This has the foodies in the neighborhood rejoicing. But we cannot forget the anchor grocery store Windmill Farms, known for fresh, organic ingredients, pre-made meals and the Lindsey Special. If you don’t know what that is, venture on out to Del Cerro and find out! Also longstanding neighborhood favorites like Nicolosi’s for homemade Italian and the Trails Eatery for breakfast.

Most notable about this community is the beautifully built playground at Lake Murray. After several years of fundraising the community built and opened the stunning playground in 2012. That same group is now responsible for bringing back the beloved 4th of July Lake Murray Fireworks and Music Fest. This all-day event filled with music, food and fireworks is not to be missed. Check out more at www.lakemurrayfireworks.org

previous
Vote No on Props 15 and 21!
next
Connecting in a world that is Communicating